Civil and inviting how Austerity has been proven wrong on literally every complaint and yet still persist to FUD? You lose the high ground when you perpetuate misinformation. He has been rebutted on multiple points and never responded. This is called trolling.

Why do you think a coin’s sell off 3 months ago is in any way relevant to a listing on mango ? Its not. COPE also sold off and was down 10x, are you in that thread too?

Yes, higher cap coins like STEP which is literally the 3rd most active coin on Solana and proven empirically via the data above.

You do realise STEP has like 4 fee paying functions which the others don’t have and Step has better coverage of all of Solana than the others (who literally copied the actual art assets from STEP) ? Cool let me know about the value accruals of COPE and RAY, non-existent. STEP at least has revenues.

Step is literally one of the most used products in Solana

Was your first comment in this thread meant to be a rebuttal to his argument? Because all I see is you patronizing and finger pointing immediately. If you have some valuable information on how STEP’s mechanics have changed to avoid the same market instability they had in the past, we’re all ears. What exactly are you claiming is misinformation?

Speaking of that COPE thread, it was sparked by a twitter poll. Did you notice that STEP was also on that poll?

To answer your question about relevance, a coin’s sell off 3 months ago, especially one that nasty, raises questions and turns off many traders. At least with COPE the community is showing enthusiasm. If STEP was leading that poll I would consider backing the idea of listing, but with what I’ve seen so far I don’t think now is a good time.

You make the assumption that STEPs mechanics haven’t changed then you ask to be pointed to the direction of where to find out that its changed…If you don’t know what you’re talking about just say it.

Like any project you should visit the docs. docs.step.finance has been updated frequently with new mechanics, you should read that.

Ah the twitter poll, you mean the same poll both SBR and COPE shills were claiming is full of bots and was gamed since about an hour or two of it going live the number of votes jumped tens of thousands magically. That poll ? Do you do you due diligence based on twitter polls?

We are discussing actual data here and what has been posted above shows STEP is literally the 2nd most traded coin on the Solana DEX, its even literally in the COPE thread, the coin you like. It has the 3rd highest open interest much more than Mango. Do we need to keep repeating these real metrics ?

Wow, I come into a shitshow of a thread. STEP should absolutely be added to Mango, its one of the most prominent Solana coins and has a ton of listings, join the discord its good.

To echo some of the other sentiment here, it seems @AusteritySucks came in here to troll though, I guess Im the third person to say this now @mschneider . So let me get this right

Austerirty was wrong about current supply and mechanics. Check
He claimed there is significant risk of liquidations in the past. This was wrong, I remember being in the STEP farm and it was very stable.
He ignored the stats posted showing STEP is one of the most active coins. Why?
He tried to shift his argument linking to a picture of market cap of all other coins, not solana coins. This is mango…on Solana buddy. By this own reasoning he shouldnt be supporting COPE, SBR or any of the other coins either.
Calls anyone who disagrees ‘astroturfing’.
Tries to deflect to point at non-existent coins on wormhole

Well seems there is only 1 mango whale with 80m MNGO voting stuff through so what is said here doesnt matter.

‘Well seems there is only 1 mango whale with 80m MNGO voting stuff through so what is said here doesnt matter.’
I wouldn’t be so sure about that, having seen the level of toxicity and immaturity prevalent in the STEP community I will be allocating 7 figures of MNGO into keeping this project as far away from Mango as possible.

I told you to share your insights about what mechanics have changed to avoid the same instability, where is the assumption there? Do you know of any changes or not? There’s nothing wrong with not having the answers, I admire honesty, just own up to it. Please feel free to enlighten us, very interested in changes made to the mechanics since the 97% drawdown.

If I remember correctly @AusteritySucks thought that COPE was not a terribly good pick either, so you do agree on some things

If I understand correctly you’re saying the poll was targeted by bots that are in favor of COPE and SBR. Do you have any links or otherwise proof to back this up? And are you implying we should ignore the poll altogether? It was the basis for a discussion, not a final decision afaik.

STEP could have all the volume in the world, but if you approach a platform with aggression you’re only delaying the listing. Why would STEP stakeholders be so upset when met with some healthy skepticism? Having to ask that question is already a red flag. Anyway, @AusteritySucks just posted a nice write up detailing an approach to filling the remaining oracle slots, check it out: On the remaining 9 Oracle Slots -- Prioritising Perp Listings

I’m not saying STEP shouldn’t be listed, rather that other products should be listed first. If STEP stakeholders respond to that thought with impatience and irritation then it’s another red flag for me. What about STEP would cause such desperation and impatience? These are pretty natural concerns that I hope you can understand.

@snaps I’m interested in your feedback on the remaining oracle designation thread I linked. And I would agree that this thread has seen some astroturfing. As others mentioned there are a handful of day old accounts posting here that have added no substance to the discussion, it’s terribly suspicious. 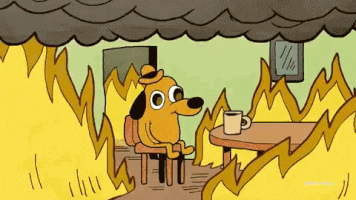 Is this a DAO or 4chan? Y’all should put your money, where your mouth is, get 10M MNGO and open a proposal. Happy to help with any issues in using the software ofc.

Have to agree with @AusteritySucks here.

STEP is a cool product that I use myself, but it’s too early to take up valuable spots on Mango with. Better to focus on other pairs that will almost certainly lead to more volume. With the current constraints it just doesn’t make sense.

The low effort spam from the STEP community is not a good look, and clearly orchestrated.

The use of bots was mentioned on this poll I remember, proof will be in the comments on the Twitter poll several people complained

The thing is, @AusteritySucks cant have it both ways. On the one hand hes attempting to say there is not enough liquidity and interest but on the other hand its provably the 2nd or 3rd most traded Solana coin with higher Open Interest and liq deployed than even Mango, and not by a small margin. 5x more. He also supports coins which dont exist yet on the Solana blockchain, so he complains about liq then supports things with 0 liq. This is not a logical individual, its a troll.

His argument contradicts itself which is why it invalid. Thats how debates work.

‘Astroturfing’ is a made up logical fallacy, the troll implies that people giving their opinion are invalid just because they exist and yet does not apply this reasoning to other coin listings and this is an attempt not to actually offer useful criticism but misdirect to something else irrelevant.

STEP is a top teir solana coin, like it or not. The data proves this. It should be added.

Did you also apply this logic to the COPE thread aswell ? Why not?

oh, look, another delightful STEP community member with no involvement in Mango who signed up just to raid Mango governance forum 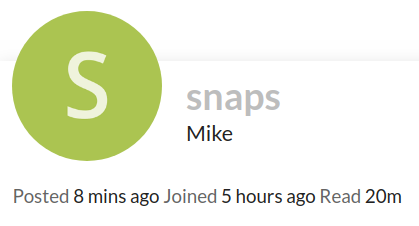 This thread should just be locked and binned.

COPE has a big community but that alone should not qualify it at this stage. Again we’re working under heavy constraints on the number of markets that Mango can launch at the moment. COPE volumes seem to be even less than STEP in the last 24hr, so it just shouldn’t be prioritized when there are big opportunity costs to listing it vs. something else.

At the end of the day it’s not about what the STEP (or any other coin) community wants, it’s up to what the mango DAO votes for.

I’m a new member of this forum, though a long-time user of Mango. It’s true that I signed up after the call to support the proposal to list STEP. Surely it’s good for Mango governance that people like myself have signed up - some of us will stick and become Mango community members. Everyone is new at some time or other.

I do agree that the discussion here should be as civil and rational as possible. So thanks all, by reading the thread so far I’ve learned a little more about the criteria for listing and the process.

In terms of what has changed for the STEP token since launch:

Thanks for reading, look forward to observing how governance resolves this proposal. 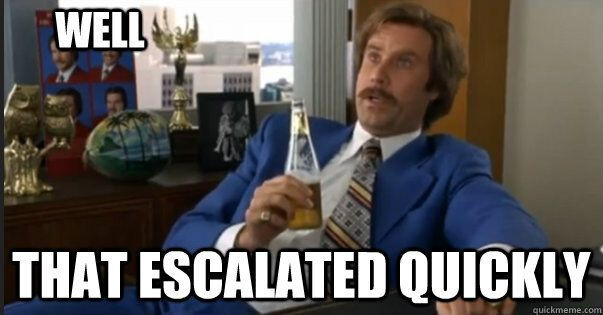 Long term user and taster for mango, and use it on a daily basis.

I would like to have step included in mango for the simple reason of wanting to only need mango to trade on solana. I feel like not including this in the spot market at least will cause many people to jump onto other apps like bonfida in the end. If mango wants to be central to the solana ecosystem i feel it would need to include solana tokens like SBR, COPE and STEP. The short term problem of only having 16 slots available for oracles seems like it will be solved before we run out of space.

If having coins with large market caps and volume is the aim of the game. Then wouldn’t we be including things like BNB, DOGE and ADA? I personally only do perps with eth,btc and sol. For me not including these big names isn’t an issue.

This twitter poll was 100% botted lmao so to messure any comparisons with that is not fair and not working.
You should visit docs.step.finance or read the last Medium article about token emissions. Step is a awesome project, with a great hardworking team behind it. People who didn’t learn tokenomics and got rekt farming are butthurt and instead of taking the time now to learn, they hate, fud and spread misinformation. Ugly human behavior

Hey there, would anyone from STEP like me to simply create a DAO proposal to add STEP? It’s pretty unlikely to pass but maybe it’s better to just vote on things than waste time and energy with dumb forum arguments.

If anyone is technically capable enough, they can just modify the Raydium proposal with all the right accounts for STEP and I’ll propose it on their behalf.

Discuss and vote on DAO proposals.

Good Project! I am using it and hodling it.