FDV is a meme - Proposal to burn 1 billion MNGO (edit: + another 4 billion Mngo)

Just a little economic experiment to see what happens to market cap / FDV if we burn 1 billion MNGO.

Early on in the Solana ecosystem the trend was to mint 10 billion locked tokens, and then have like 100 million or some tiny amount actually floating. For example Saber, started with a float of 100 million, but has a very aggressive unlocking schedule over the next two years, probably close to the full 10 billion, and their token is priced accordingly. With other projects, like Serum, the unlocking schedule is substantially more opaque and this strategy seems to have been successful, in that they occasionally have >$100 billion FDV. Mango is different in that the DAO controls when the remaining 9 billion tokens unlock. To clearly demonstrate this (and also to see whether the FDV is a factor in the price of mngo) I’m making a proposal to burn 1 billion MNGO from the DAO treasury account.

My personal opinion is that projects shouldn’t burn their mint authorities but instead mint the minimum amount of tokens they need for starting to do governance, then transfer the mint authority over to DAO control. It’s too late for that in Mango’s case but it would be good to investigate whether Mango’s high FDV is real or not. Is FDV reflective of how the market actually values the Mango project or is the market cap more accurate? Let’s find out!

The Efficient market hypothesis probably says that market cap shouldn’t change given that the DAO already controls the MNGO treasury, but who knows.

I personally think Mango should burn ~5-7billion to prove that they’ll never deflate the token past that. It still leaves tons of flexibility. That being said, 1bb is a start, and lets see what happens. I posit that the market is not efficient, and there is serious confusion over FDV.

I agree with you, and in my opinion, people who cannot distinguish between FDV and Marketcap are not the ones who understand the potential of Mango Markets and the team behind it.
Anyway, let’s try with the and might be proposing a “buy and burn” strategy after that if the price doesn’t move.

Buy and burn is pretty unlikely to happen. Right now the focus is on making mango the best product it can be. This includes giving out locked and unlocked tokens judiciously to people adding value to the platform. Buy and burn would be dumb because mango is already giving out more MNGO as rewards for market making than it is getting in fees.

The proposal to burn the locked mango isn’t simply a desperate attempt to boost price, it’s an investigation as to how the market is currently valuing mango. Mango volume has been quite high lately, higher than PERP on Ethereum and yet is valued much lower. Is FDV the reason?

I wouldn’t be so fast to dismiss buy/burn. I hear what you’re saying about giving more away than what we’d be burning, but note that not everyone that receives this mango is selling. In fact I’d venture an informed guess that 80+% of MNGO that’s been given out as liq. rewards hasn’t been sold.

I agree there shouldn’t be some desperate attempt to inflate MNGO price, but when we think it’s being inappropriately valued, reasonable steps should be taken to bring the market price back into line with its value. Like it or not, a low token price means that more MNGO will have to be given out to the people that provide value to the platform, which eventually will compound the problem. A smart tokenomics plan can have significant long-term positive externalities.

i like the idea of burning a more significant chunk, 5 billion

hmmm…what’s the fundamental motive behind this? Is it really to educate people on the validity of FDV as a metric? Most are not valuing projects on FDV tbh; that’s not why price is down or up (markets are irrational and thus, this experiment won’t prove anything). I do agree Saber has horrible tokenomics due to its unlocking schedule.

IMO, MNGO token price is important for the fundamental longevity of Mango as a protocol. You will be offering grants and paying more people in MNGO? Def don’t want a depreciating asset to be the incentive for people. That’s a bad snowball affect. Also, token price does help bring in users and get attention.

TL;DR - agree that FDV is whack and many projects have less than ideal tokenomics. Would be more powerful to actually think on good incentives and mechanisms that can sustain Mango while keeping these 1 billion tokens to last for many years down the line. This experiment won’t add value or insights to MNGO or the team imo.

Not a control group, but if it is executed in absence of any other major market moves affecting the token, or hopefully a few times over (say, 5x 1Bn instead of 1x 5Bn) then it would at least show if there’s correlation.

Not advocating we pursue this approach right now, since the team likely has enough on their place, but I’d recommend reading Joel Monegro’s Stop Burning Tokens. It might jog some ideas in people.

This is more about projects that do buy and burns. It advocating that they buyback and then hold, which is a fine approach as well.

In other news, there seems to be a lot of desire to bump the burn amount up to 5 billion. Which seems extreme to me but I will put up the proposal in the DAO anyway and let the people decide.

Hey I dont hold much mango compared to core contributors and while I think that a burn will probably make the price go up. I also think anyone voting yes to burn who got tokens before ido is effectively voting for a treasury raid. The promise at ido was that the initial dao was getting 5% of total supply. burning 1/2 the supply is voting to double initial dao members allocation to 10%. I know that effectively this doesn’t matter because most the tokens are just held in dao treasury it does feel like a violation of the spirit of what was communicated. Obviously the point of governance is that it can vote to do w/e it wants with the treasury but i hope you can see where i am coming from.

$COPE already tried this because people were saying it’s FDV was a problem. They burned 95% of their supply, saw a brief uptick and then bled all the way back down. I’m not saying the projects are comparable, but they don’t need to be if the whole premise is to test if FDV is a meme.

The reality is that FDV matters if people think it matters. That also means that if you change people’s perception, it can matter more or less, which is probably why FDV is a meme (imo). I think we’d be better off committing the 5 billion to plant mango trees over the next 50 years or on something that has a specific goal to create value and do some good.

If we want to do some experiments, let’s make them unique and meaningful. Well, for the most part at least…we should still have some lolz along the way, but more in line with daffy’s drone idea.

If this burn really is an economic experiment meant to create some valuable insight, then I’d expect to see comments on what meaningful steps we would take if the price goes up vs down after said burn. To say ‘lets do it and see what happens’ and deem it a valuable experiment seems underhanded. If the price isn’t impacted at all, would that justify another burn? What would it justify?

Mango may pump more violently if/when it does as a result of a burn, but burning has nothing to do with if/when that pump happens (beyond some meme fomoing), so why is the focus on burning to begin with? A burn seems like a convenient distraction from the arduous process of creating novel tools for the community at large, and as mentioned earlier it goes against the integrity of the IDO and initial allocations. If we’re going to do it I feel a schedule or burn limit makes the most sense, to at least show commitments to burning and to not burn below x amount. To burn half out of the blue seems like a wasted opportunity.

In case anyone missed it, Anatoly had responded to the tweet of this burn vote going out with a link to this article by @hasufl

The Defi bull market, started by COMP liquidity mining in Summer 2020, has turned many Defi protocols into rapidly growing revenue monsters. You would assume that this puts them in a comfortable financial position, and a superficial look at DAO... 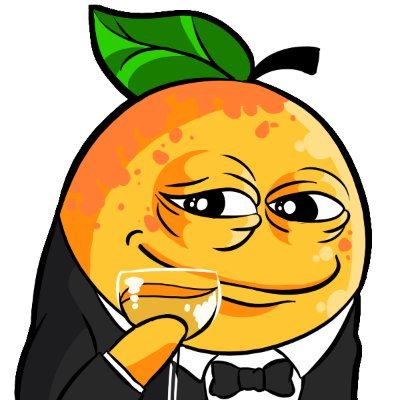 Again, this vote isn’t about making a short term price boost for mango.

The likelihood that those 5B tokens ever actually sees the light of day / gets unlocked is quite low right now. Even look at the potential merger with psyoptions. We were discussing in the low 100s million range. It would take a lot of such mergers to justifiably release over a billion tokens. It does seem like there will be something like 500 million worth of mango rewards for market making over the next couple of years though. Plus another 100m or so for mango labs hiring purposes and also new team members. So we’re really looking at less than 1 billion additional dilution over the next two years, maybe slightly more if there is another merger or acquisition.

That leaves an additional 3B for the future. At which stage hopefully mango will be such a large and successful project that those tokens will last for the next hundred years.

Again, this vote isn’t about making a short term price boost for mango.

What else would it be about? That’s my point. What will the results justify? It’ll confirm/deny some narrative about FDV?

Assuming the price jumps to reflect scarcity after the burn, then the project can adapt even if we burn 90% of it and there’s no point in discussing remaining runway allocations.

Assuming the price stays the same or goes down, then we’re cutting the DAO’s purchasing power and runway in half (although I get that there’s probably not enough liquidity to utilize it all anyway).

Either way we’re increasing the IDO allocation % and probably eroding some consumer confidence, which we’re hoping will be offset by fomo due to a burn. To me it eats away at the integrity of the project and IDO, I’d rather lock 5B for 20+ years.